International awards that endorse the excellence of Bella Lodi. 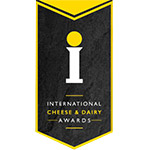 International Cheese Awards 2022
After 2 difficult years marked by lockdowns and penalized by anti-covid measures, Raspadura Bella Lodi wins an important worldwide recognition in the CATERING & FOOD SERVICE - Continental category at the International Cheese & Dairy Awards, the world's leading platform for producers, in its 125 Year of life held at the Staffordshire Show Ground, with over 4,500 entries from around the world. 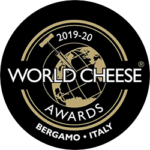 World Cheese Awards 2019
The Bella Lodi Classico black rind, Gran Natura with vegetarian rennet and Bella Lodi Riserva Oro cheeses won two silver awards and a bronze respectively in their individual classes.
This year the World Cheese Awards were "The biggest and most international ever", 3,804 cheeses in competition, including 845 Italian (+10% compared to 2018) from 6 continents with 42 countries taking part.

Cheese for People Award 2018
Bella Lodi Classico wins the Cheese for People Awards!
The second edition of the award that enhances typical Italian cheeses chosen directly by consumers during the Milan Food City week sees as the absolute winner in its category the excellence of Lodigiana from the black crust.
Thanks to all the Milanese and their taste buds up.

Cheese for People Award 2017
"Salva Cremasco selezione Bella Lodi" cheese was placed first in its class after winning the highest number of votes from consumers during the Week&Food, the "fuori salone" event of TUTTOFOOD 2017 as part of Milano Food City, the new week dedicated to food in the city of Milan. This major award was created to discover Italians' favourite cheese by means of a "blind" tasting programme, to find out which flavours participants liked best without any influence from brands and fashions. The underlying aim is to promote Italy's traditional cheeses by encouraging consumers themselves to engage with the assessment and voting process.

Great Taste Awards 2016
Bella Lodi wins the «Oscar» of food at world level, the benchmark for quality food and beverage. It has been described as the "Oscar" of the culinary world, the world’s no.1 award dedicated to food. This year, more than 400 people – jury members, chefs, food bloggers and gastronomy experts – convened to taste and evaluate candidate products. Subdivided into groups of 4 people to ensure a proper balance between experience, age and gender, the jury members tasted about 10.000 products during a 49-day “tasting period” to determine the winners. The cheese produced by company Pozzali Lodigrana was awarded the prestigious star for their «Vegetarian Italian hard cheese wedges», the version made with vegetarian rennet of the typical cheese sold in Italy with a characteristic black crust.

International Cheese Award 2015
Composed of prominent cheese experts from all over the world, the panel of judges has assigned the bronze award in the "Catering and Food Service Category" to "Bella Lodi", produced in the traditional dairy farm of Casaletto Ceredano. This year, a remarkably high number of cheese specialities were presented, registering an all-time record figure of 4,592, with over 100 exhibiting firms.

“Gold” DLG Award
Lodigrana Bella Lodi in Germany has won the award for Best Product of the Year awarded by the DLG (Deutsche Landwirtschafts-Gesellschaft, the German Agricultural Society), one of the leading organizations in agri-food sector in Germany, which supports the technical progress and scientific agriculture.

World Cheese Awards 2011
Another major award for a product still in launch phase: "Bella Lodi with GMO-free vegetable rennet" won the silver in his category. This year's event saw a record number of 37,000 entries from 26 different countries.

Tuttofood 2011
During the third edition of Tuttofood, one of the most important international events dedicated to food and nutrition, Lodigrana Bella Lodi was one of the successful entries in the Tuttofood Cheese Awards 2011. This time-consolidated competition dedicated to the milk and cheese-making sector awards the 14 best entries out of the 51 excellent cheese producers taking part.

International Cheese Awards 2011
Lodigrana Bella Lodi achieves its umpteenth international success and a podium placing by carrying away a silver medal at the World Cheese Awards 2011, the most prestigious award in the trade, coming first among the Italian entries in its category and the only product, being previewed for the first time ever in its newly launched version, with «OGM-Free» vegetable rennet. This itinerant annual competition of international standing held in the UK, and which took place this year at Nantwich in Cheshire, awards cheese entries coming from all over the world to be judged by a panel of leading international experts. This year the event attracted a record number of 37,000 registrations from 26 different countries.

World Cheese Awards 2010
Bella Lodi carried off a bronze medal at the World Cheese Awards 2010, equivalent to a first place among the Italian cheeses in its category. This itinerant competition of international standing, which was held in Birmingham, is the most important in the trade and it meets each year to award cheese entries coming from all over the world to face the judgement of a panel of 201 leading experts from 19 different countries.
Italian
traditional
product

Produced
by one
dairy only

Milk coming
from a distance of one hour
from the dairy

We use cookies on our website to give you the most relevant experience by remembering your preferences and repeat visits. By clicking “Accept All”, you consent to the use of ALL the cookies. However, you may visit "Cookie Settings" to provide a controlled consent.
Cookie SettingsAccept All
Manage consent

This website uses cookies to improve your experience while you navigate through the website. Out of these, the cookies that are categorized as necessary are stored on your browser as they are essential for the working of basic functionalities of the website. We also use third-party cookies that help us analyze and understand how you use this website. These cookies will be stored in your browser only with your consent. You also have the option to opt-out of these cookies. But opting out of some of these cookies may affect your browsing experience.
SAVE & ACCEPT
Powered by